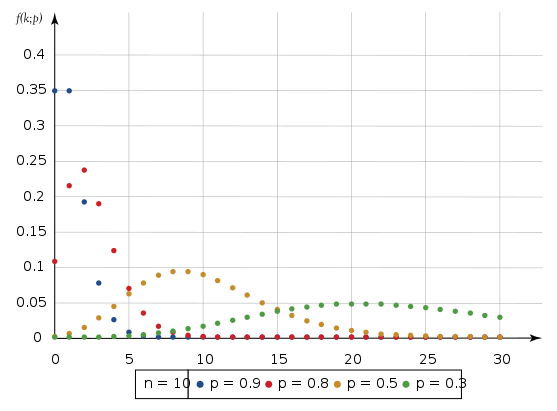 Consider an experiment where we roll a die until the face 6 turns upwards two times.

X = Number of failures that precede the rth success.

A researcher is interested in examining the relationship between students’ mental health and their exam marks. For this, he wishes to conduct interviews with 5 students.

What is the probability that 15 students should be asked before 5 students are found to agree to sit for the interview?

Expected number of trials until first success is;

Therefore, expected number of failures until first success is;

failures before the rth success.

That means, we are interested in finding number of trials that is required for a single success.

Example :
Tossing a coin until it lands on heads.